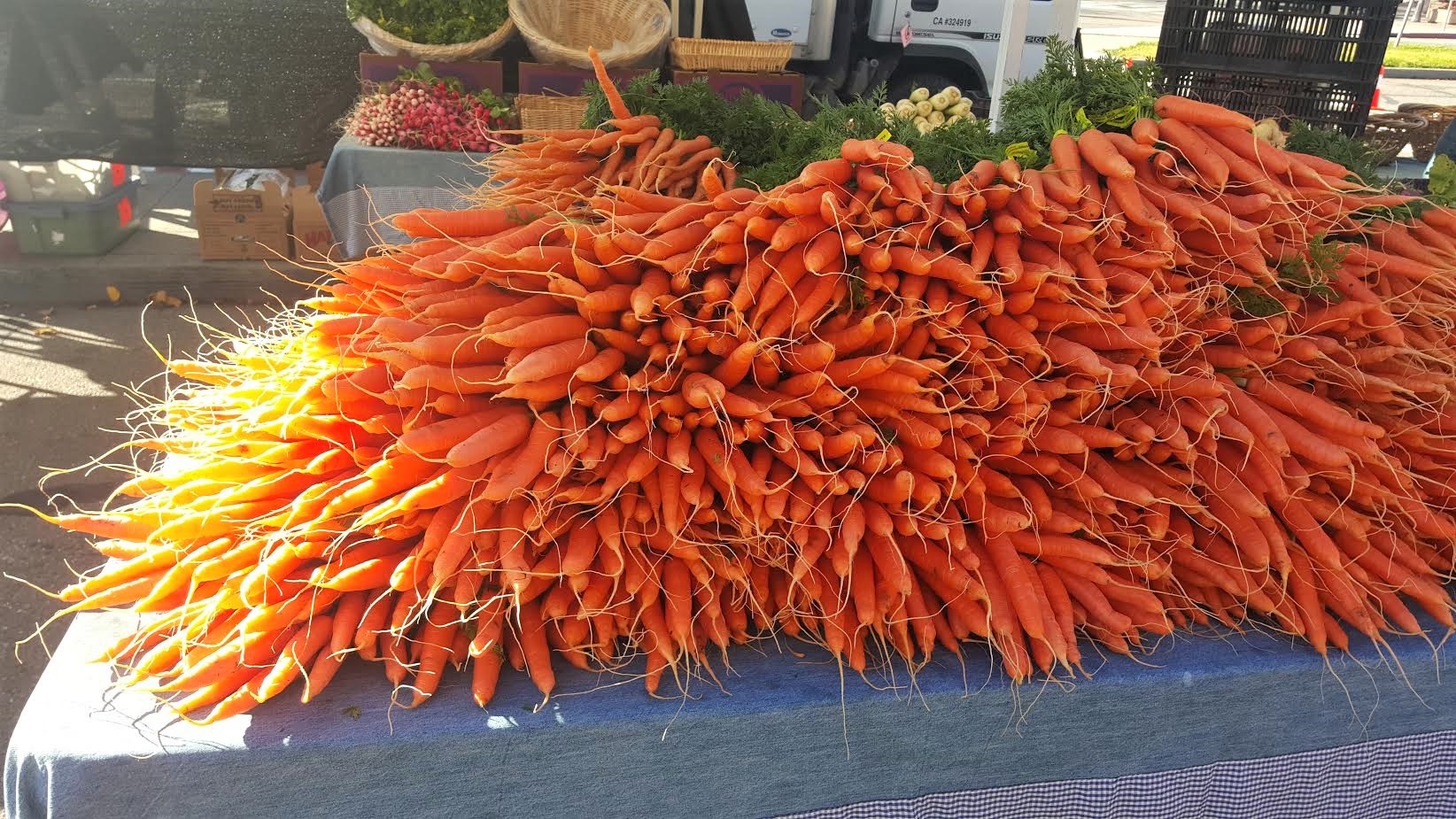 “Food waste is like the band Rascal Flatts: It can fill a surprising number of football stadiums even though many people consider it complete garbage,” he quipped. He argued that the problem isn’t only affecting the hungry, but it’s also affecting producers, sellers and consumers because the amount of food being wasted is increasing rapidly.

“At this rate, in 40 years, when you order pizza from Domino’s, they’ll just deliver it straight to the nearest dumpster — as they should, but that’s not the point here,” he said.

“Watching all that food go from farm to not-a-table is awful for a bunch of reasons. First, and most obviously, there are many people in this country who need that food,” he said, citing more statistics about food-insecure households. “It is crazy that is happening in a country with 730 football stadiums of uneaten food. It’s insane.”

He also noted other, less obvious consequences, such as wasting all the labor and natural resources that go into making the edibles and noting its effect on California’s water troubles. Oliver added that landfills become just as problematic because the decomposing conditions can create methane gas, which is hurting the planet and contributing to climate change.

“When we dump food into a landfill, we’re essentially throwing a trash blanket over a flatulent food man and Dutch ovening the entire planet!” he said. The comedian highlighted that sell-by dates on groceries have nothing to do with food safety, but instead are manufacturers’ best guess as to when the product will be the freshest and best quality.

Oliver is convinced he too would “make as tight as possible to convince people to buy a new one of my products because, unlike Apple, I can’t just create a new operating system that suddenly means your old cereal is incompatible with your mouth.”

Grocery stores overstocking their food and growers throwing away perfectly viable fruits were also aspects with which he took issue. (Leonardo DiCaprio and Channing Tatum got ripped in that part of the monologue.)

The real meat and potatoes of his argument came when he tried to explain recent food waste legislation.

“For businesses, donating food is genuinely expensive. … There’s a lot of overheads. And you cannot fault companies for caring about their bottom line,” he said. “Companies, in their defense, are not charities, which is why they should be incentivized to donate food with tax breaks. Large corporations already get one, but annoyingly, that same break for small businesses is not a permanent part of the tax code, meaning that Congress has to keep renewing it and that’s a problem. … It’s a ridiculous system, which probably prevents a lot of food from being donated.”

Oliver then brought up a piece of legislation that reflected just how messed up the system has become, saying, in February, the Fighting Hunger Incentive Act (HR 644) was proposed in the House of Representatives to make that tax break permanent. By the time it passed in the House, it had been bundled together with other breaks and retitled the America Gives More Act. When it got to the Senate, where it was ultimately passed, the language to prevent food waste had been removed and replaced with language about border control and U.S.-Israeli relations. It was then retitled the Trade Facilitation and Trade Enforcement Act.

“It’s like going to restaurant, ordering a veggie burger and having the waiter say, ‘Here you go, we made it out of meatloaf and we call it a waffle.’ And then, you can’t even say, ‘Well, I don’t want this, give it to someone who needs it,’ because they can’t because they don’t know whether or not they’ll get a … tax credit for it.”

After move to Oakland, artist Mildred Howard will install first public artwork in her Berkeley hometown

Stop the Spead of Racism from The Hive