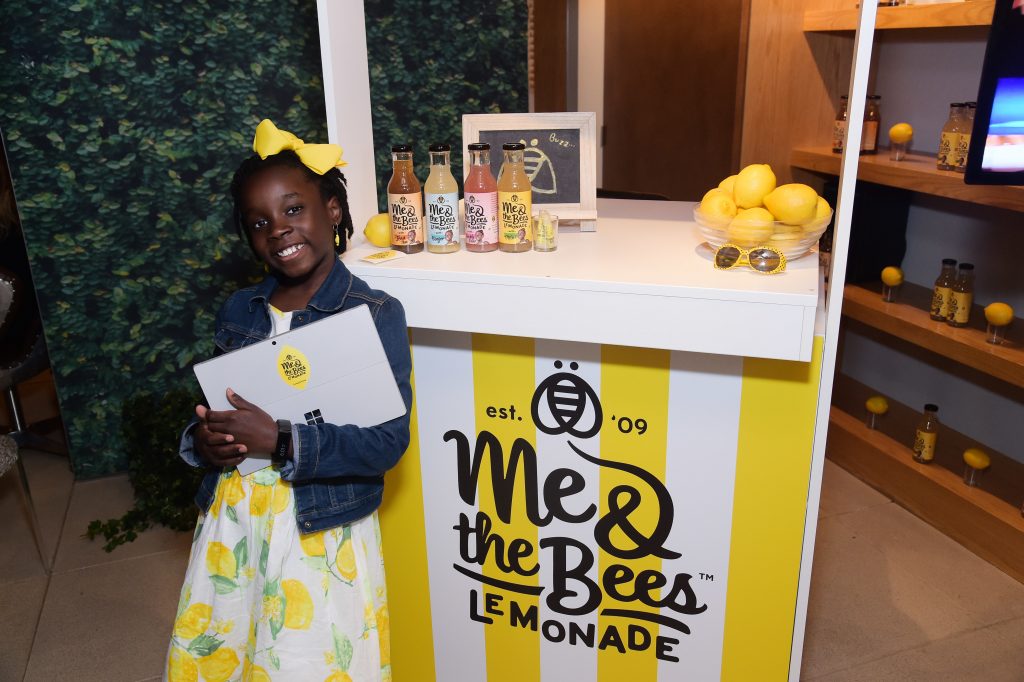 Mikaila Ulmer was 4 when she had an important epiphany inspired by the pain of a bee sting. A couple of bee stings, to be exact. “I got stung by two bees in one week!” she says about her initial run-in with the winged pollinators. “I was super, really afraid of bees.” But after using extensive research as a way to overcome her mounting fear, Ulmer had a realization: “Honeybees were important, they were dying, and we needed to save them.” Her solution? Making a lemonade brand inspired by her great-granny’s recipe that would taste delicious and help the plight of the honeybee. That same year, the pint-size entrepreneur debuted BeeSweet Lemonade, which donates a portion of its profits to local and international honeybee organizations, at the annual Acton Children’s Business Fair and Austin Lemonade Day. She says she’ll never forget the feeling of addressing the crowd and witnessing their reactions to her product, now sold at dozens of stores across the city, including Whole Foods, and several states. “I felt like I was stepping into my future,” says Ulmer, now a 10-year-old fifth grader at Trinity Episcopal School. The charismatic whirlwind stays too busy with school to focus on BeeSweet business every day, but last year, she still managed to expand her product reach, debut new flavors (like prickly pear and ginger) and deliver motivational speeches to thousands of students throughout Central Texas. In addition to caring for honeybees, Ulmer has a soft spot for aspiring entrepreneurs. “I want other kids to have the same opportunity I did,” she says. “I want to see more mini moguls out there.”

*After the April issue went to print, Ulmer appeared on Shark Tank and was awarded a $60,000 investment.